Following a careful health protocol, approved by the ministries of health and sports, took place in Encamp (Principality of Andorra), the XV Kung-fu Championship after more than a year without sports competitions. A total of 33 competitors from children – youth categories took part in the tournament, aged between 8 (born in 2012) and 15 years old.

Given the current exceptional circumstances, this year’s edition has become a National Tournament, which has been attended by representatives of the Sports Schools of the 3 Clubs of the country:

It is worth noting the performance of the host club which has been the clear winner by teams, with a total of 9 medals (5 gold, 2 silver and 2 bronze). The Taichi Kung-fu Club has won 1 gold and 1 silver medal. For its part, the Sports Club St. Julià has won 1 silver and 3 bronzes.

From FAWUK we congratulate all the competitors for their participation and their high spirit of martial improvement. 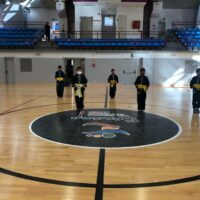 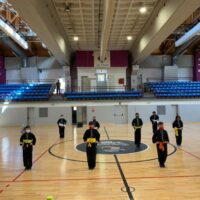 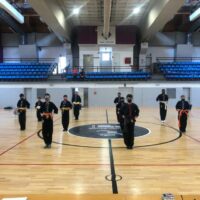